FALCON HEIGHTS, Minn. – The Minnesota State Fair is adding deep fried green smoothie on a stick to its food line up this summer. It’s made with a green smoothie covered in Cap’n Crunch batter and then deep fried in free range pork lard. “People keep telling us that they want more healthy choices at the Minnesota State Fair and this will totally meet their needs” said State Fair spokesperson Larry Tate. No word yet if it’s made with yummy Kale or spinach. 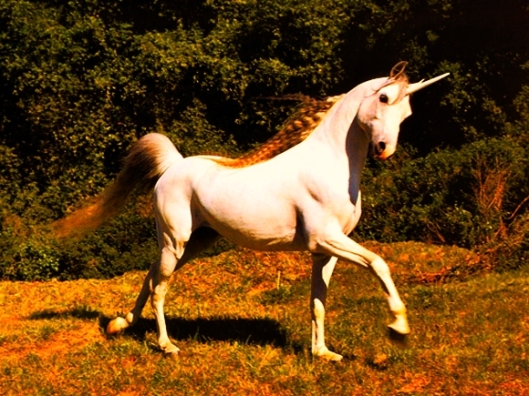 The Amish Baby Machine reports on Saturday night BFFs Hunter Dickson and Jeremy Poon were in Poon’s Garage around 2:30 a.m. celebrating their totally awesome win on Call of Duty when they were startled by a loud noise.

Poon stated “We kicked some kids’ ass on COD and celebrated by pounding Grumpy’s Bitter Irony IPA when we heard a loud noise and spotted a majestic creature that was totally a unicorn.”

“We immediately called Animal Planet but they didn’t answer so we called 911.” Said Poon.

“I’m like you dudes totally need to bring a Barrett .50 Cal cause this this thing is huge!” Poon also stated.

When asked about the incident, Deputy Smith Said. “It’s all in a day’s work.”

I have very exciting news my brothers and sisters! I’m extremely proud to announce that Miss Barbara L’Amish and Big Mott will be writing for the Amish Baby Machine blog! Miss Barbara L’ Amish is a super fan of television and she will be giving her two Bitcoins on everything she is watching on the boob tube. Big Mott is a gregarious and gargantuan man that is obsessed with sports and anything else he can shove in his eye holes and cake hole. Let’s all please stand and give a great big Amish side hug to these beautiful people.
Dags